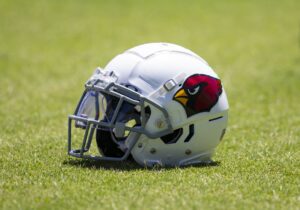 The team opted to sign Hokit. They’ve been thin at the position with TE Zach Ertz and rookie TE Trey McBride dealing with injuries.

Costin, 24, signed with the Jaguars as an undrafted free agent in 2020 out of the University of Miami (Ohio). He spent the entire 2020 season on the Jaguars’ active roster.

Jacksonville elected to waive Costin coming out of the preseason in 2021 and re-signed him to the practice squad. He spent the season there before being released in January. He briefly appeared on the Bengals practice squad before signing with the Birmingham Stallions, with whom he won the 2022 USFL Championship.

The Steelers signed Costin in July but released him just a few days ago.

In 2020, Costin played in 12 games for Jacksonville, including nine starts, and recorded 32 tackles, three tackles for loss, and one fumble recovery.

Green, 24, was drafted by the Colts in the sixth round out of Mississippi State in the 2019 draft. He signed a four-year deal worth $2.7 million but was waived by the team coming out of the preseason.

The Patriots signed Green to their practice squad before releasing him just a few weeks later.

From there, Green caught back on with the Colts practice squad. He also spent time with Washington and most recently the Raiders on both team’s practice squads. He has yet to appear in an NFL game.