According to Field Yates, the Arizona Cardinals placed OLB Chandler Jones on the reserve/COVID-19 list after he tested positive. 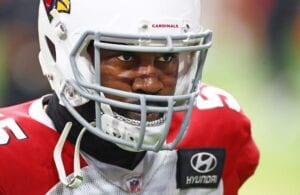 By rule, Jones cannot return to the team until he tests negative twice on consecutive days.

In 2021, Jones has appeared in five games for the Cardinals and recorded nine total tackles, five sacks and two forced fumbles.