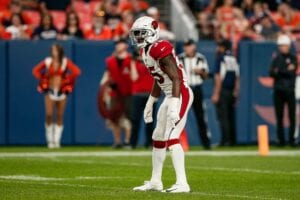 Thompson, 23, is a former fifth-round pick of the Cardinals back in 2019. He’s currently in the second year of his four-year, $2.9 million contract.

In 2020, Thompson has appeared in eight games for the Cardinals and recorded 24 tackles, no interceptions and two passes defended.