Adam Schefter reports that Cardinals’ RB James Conner is expected to play tonight against the Colts, despite being listed as questionable with a heel injury. 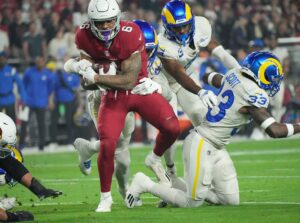 The Cardinals signed Conner to a one-year contract this past April.