According to Darren Urban of the team’s official site, the Cardinals are re-signing DL Zach Kerr to their practice squad on Wednesday. 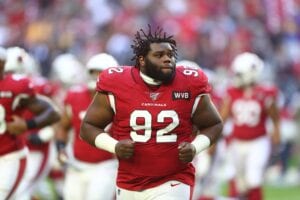 The Cardinals signed him, once again, a few days later but was cut loose after a week.

In 2021, Kerr appeared in four games for the 49ers and three with the Cardinals, recording six tackles and none for a loss.