Aaron Wilson reports that the Cardinals are signing DB Breon Borders off of the Titans’ practice squad. 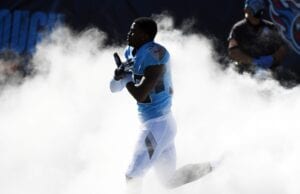 Borders, 26, wound up signing a three-year, $1.66 million contract with the Raiders as an undrafted free agent out of Duke back in 2017. He was cut loose coming out of the preseason and later signed him to their practice squad.

From there, Borders had brief stints with the Bills, Texans, Jaguars, Washington and the Steelers before being claimed by the Dolphins. Miami waived Borders heading into the season and he later caught on with the Titans.

In 2021, Borders has appeared in nine games for the Titans and recorded five tackles and two pass deflections.