According to Aaron Wilson, the Cardinals hoisted five players for workouts on Tuesday including CB Kevin Peterson. 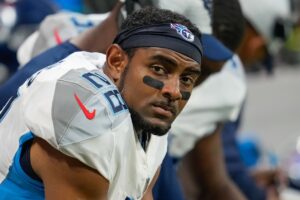 Peterson, 27, wound up going undrafted out of Oklahoma State in May of 2017. He was signed by the Bears but waived coming out of the preseason.

Peterson caught on with the Rams practice squad late in the year and re-signed to a future/reserve contract in 2017. From there he was on and off of Los Angeles’ active roster before re-signing him as an exclusive rights free agent in 2019.

The Rams waived Peterson coming out of the preseason in 2019 and he was claimed off waivers by the Cardinals. Arizona brought him back on a one-year deal last year before signing on with the Titans back in June. However, Tennessee cut him loose in August.

In 2020, Peterson appeared in 12 games for the Cardinals and recorded four tackles, no interceptions, and one pass deflection.

Cardinals Place C Rodney Hudson On IR, Among Other Moves