According to ArizonaSports.com, Cardinals WR Marquise Brown was arrested for criminal speeding on Wednesday morning. 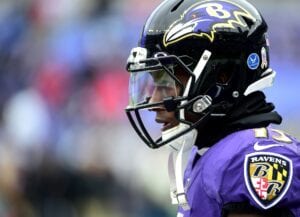 The Arizona Department of Public Safety said Brown was driving in an HOV lane and arrested at about 7:05 AM.

“We are aware of the situation regarding Hollywood Brown and have reported it to the NFL office as required. We will comment further as appropriate,” the Cardinals said in a statement.

We will have more news on Brown’s arrest as it becomes available.