The Los Angeles Chargers officially activated LB Kenneth Murray and DL Andrew Brown from the reserve/COVID-19 list on Monday, according to Aaron Wilson. 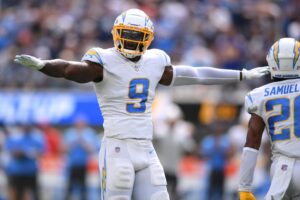 Murray, 23, was a three-year starter at Oklahoma and earned second-team All-American honors before the Chargers traded up with the Patriots to select him with the No. 23 overall pick in the 2020 draft.

In 2021, Murray has appeared in 10 games for the Chargers and recorded 26 tackles and two tackles for loss.