The Los Angeles Chargers officially elevated TE Richard Rodgers to their active roster on Saturday for Week 3’s game against the Jaguars. 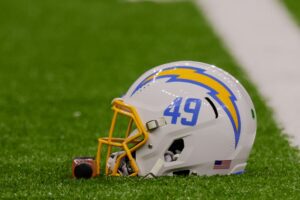 The Eagles re-signed Rodgers to a two-year, $1.9 million in 2019 but later released him with an injury settlement in September. From there, Rodgers joined Washington but was cut loose and returned to Philadelphia on a one-year deal.

Philadelphia re-signed Rodgers last year before releasing him coming out of the preseason and later signed on to the Chargers’ practice squad. Los Angeles also promoted him for Week 1.

In 2022, Rodgers has appeared in two games for the Chargers but has yet to catch a pass.