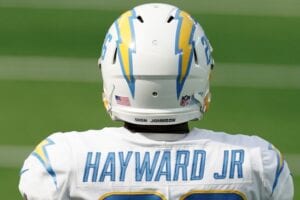 Hayward, 31, is a former second-round pick of the Packers back in 2012. He played out his rookie contract in Green Bay before signing a three-year, $15.3 million contract that included $6.8 million guaranteed with the Chargers in 2016.

The Chargers later signed Hayward to a three-year, 36 million extension with $20 million fully guaranteed in 2018.

In 2020, Hayward has appeared in 14 games for the Chargers and recorded 41 tackles, one interception and eight passes defended.