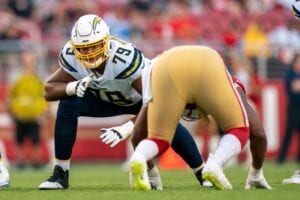 This is the second time this year that Pipkins has been placed on the COVID-19 list.

In 2020, Pipkins has appeared in 12 games for the Chargers, making four starts for them.