According to Tom Pelissero, the Chargers are re-signing K Mike Badgley to a one-year contract extension. 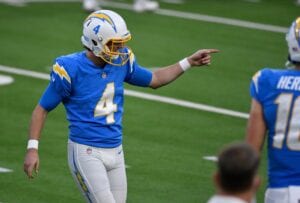 Badgley, 25, wound up signing on with the Colts as an undrafted free agent out of Miami back in 2018. He agreed to a three-year, $1.71 million contract but was cut loose coming out of the preseason as a rookie.

Badgley caught on with the Chargers back in October of 2018 and re-signed to a three-year, $1.71 million deal. He was set to be an unrestricted free agent.