According to Daniel Popper, the Chargers are waiving WR Tyron Johnson on Tuesday. 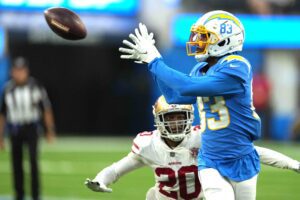 Johnson, 25, signed with the Texans as an undrafted free agent out of Oklahoma State following the 2019 NFL Draft. He signed a three-year $1.755 million contract but was waived coming out of the preseason.

Los Angeles re-signed him to a futures contract last offseason but was among their final roster cuts coming out of training camp. He signed to the Chargers’ practice squad shortly afterward and was eventually promoted to the active roster.