The Kansas City Chiefs have activated DT Chris Jones and CB Charvarius Ward from the COVID-19 list, per Sam McDowell. 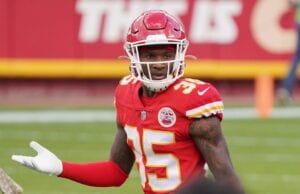 Both are key defensive starters, so it’s big for the Chiefs to get them back, though there are still nine other players in the protocols.

Jones, 27, is a former second-round pick of the Chiefs back in 2016. He just finished the final year of his four-year, $6.231 million contract and made a base salary of $1.19 million in the final year of the agreement.

In 2021, Jones has appeared in 11 games for the Chiefs and recorded 20 tackles, seven sacks, a forced fumble, a recovery and five passes defended.