According to Ian Rapoport, the Chiefs have adjusted TE Travis Kelce‘s contract to give him a raise in 2022. 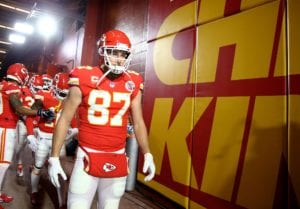 Rapoport says Kansas City took $3 million from the back of Kelce’s deal and moved it to the front. He was set to make a base salary of $6.5 million in 2022, which is quite low for how productive he’s been the past few seasons.

In 2021, Kelce appeared in 16 games for the Chiefs and recorded 92 receptions on 134 targets for 1,125 yards and nine touchdowns. He’s also rushed twice for three yards and a touchdown.