The Kansas City Chiefs announced they have cut four players on Monday. 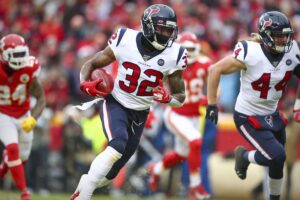 In 2021, Johnson appeared in 14 games for the Texans and recorded 55 tackles, three interceptions and six pass deflections.