Per the NFL’s transaction wire, the Chiefs designated DT Khalen Saunders and DB Chris Lammons to return from injured reserve. 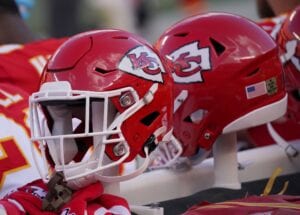 This opens up a 21-day window for them to practice with the team before they have to be added to the active roster.

In 2021, Saunders has appeared in seven games for the Chiefs and recorded eight total tackles.