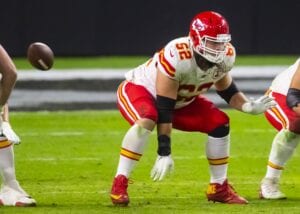 Reiter, 30, is a former seventh-round pick of Washington back in 2015. He spent just over a year in Washington before he was waived at the start of the 2016 season and later signed to the Browns’ active roster.

Reiter was testing the market as an unrestricted free agent this offseason and eventually caught on with the Saints on their practice squad. The Dolphins signed him off New Orleans’ practice squad in October but cut him loose a couple of months later.

The Chiefs signed Reiter this past March.