The Kansas City Chiefs officially signed LB Shilique Calhoun to their practice squad on Tuesday and released C Darryl Williams from the unit. 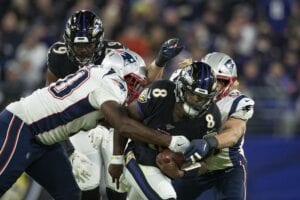 Calhoun, 29, is a former third-round pick of the Raiders back in 2016. The Raiders initially released him before the 2017 season, but later signed him to their practice squad and brought him back on an exclusive rights deal in 2018.

Calhoun signed on with the Patriots after the draft in 2019 and returned to New England last March. From there he had a brief stint with the 49ers this summer.

In 2020, Calhoun appeared in 10 games for the Patriots and recorded 18 tackles, two sacks and two forced fumbles.