The Kansas City Chiefs officially signed TE Sean Culkin to a futures contract for the 2021 season on Friday. 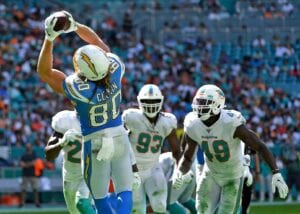 Culkin, 27, wound up going undrafted out of Missouri back in 2017. He later signed a three-year, $1.66 million contract with the Chargers.

Culkin was in line to be a restricted free agent last year when the Chargers declined to tender him an offer. He eventually signed on to the Ravens’ practice squad but was cut loose a few weeks ago.

For his career, Culkin has appeared in 19 games for the Chargers and Ravens, catching two passes for 36 yards and no touchdowns.