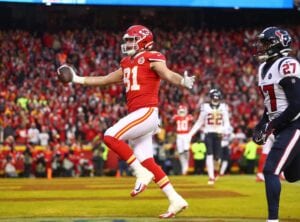 Bell has previously spent time with the Chiefs and was signed by the Cowboys last offseason.

Bell, 29, is a former fifth-round pick by the 49ers in the 2015 NFL Draft. He was waived by the 49ers coming out of the preseason in 2017 as they trimmed their roster down to the 53-man limit and was later claimed off of waivers by the Vikings.

Minnesota elected to waive Bell at the start of the 2018 regular season. The Jaguars picked him up halfway through October. The Chiefs signed Bell to a one-year deal for the 2019 season. Bell landed with the Cowboys on a one-year deal in 2020.

In 2020, Bell appeared in all 16 games for the Cowboys and caught 11 passes for 110 yards receiving and no touchdowns. He rushed once for two yards as well.