The Chiefs are signing WR Devin Gray to a one-year deal, according to NFL.com. 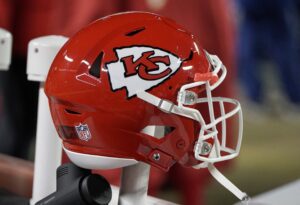 Gray, 27, signed with the Falcons as an undrafted free agent out of Cincinnati in 2018. He was waived coming out of camp and signed to the practice squad.

He bounced on and off Atlanta’s practice squad for the past three seasons and played in the 2022 USFL season with the Philadelphia Stars.

Gray has yet to appear in an NFL game.