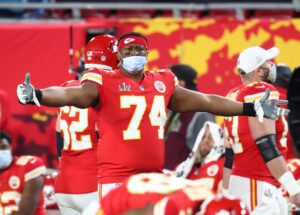 Rankin was entering the second year of his deal when he was traded to the Chiefs in exchange for RB Carlos Hyde.

In 2020, Rankin was limited to appearing in just one game for the Chiefs and making one start for them.