According to Herbie Teope, the Chiefs are waiving former XFL QB Jordan Ta’amu. 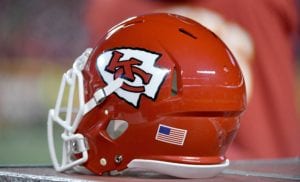 Ta’amu, 22, wound up going undrafted out of Ole Miss last May. He took part in the Raiders’ rookie minicamp but wasn’t signed to a contract afterward.

Ta’amu caught on with the Texans during training camp in August but was waived coming out of the preseason. He was allocated to the St. Louis Battlehawks during the XFL’s expansion draft and won the competition for the starting job.

After the league folded, Ta’amu caught on with the Chiefs this offseason.

In five games for the Battlehawks, Ta’amu completed 97 of 134 passing attempts (72.7 completion %) for 1,050 yards, five touchdowns and two interceptions. He also rushed 41 times for 217 yards and one touchdown.

During his two years at Ole Miss, Ta’amu threw for 5,600 yards while completing 64.5 percent of his passes to go along with 30 touchdowns and 12 interceptions over the course of 19 games. He also rushed for 507 yards and 10 touchdowns.

186,478FansLike
7,623FollowersFollow
275,872FollowersFollow
© NFLTradeRumors.co is an independent news source and has no affiliation with the National Football League (NFL), NFL.com, or any team(s).
wpDiscuz