The Indianapolis Colts officially claimed DT Andrew Brown off of waivers from the Texans on Wednesday. 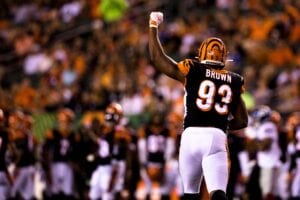 Brown, 25, was selected in the fifth round of the 2018 draft by the Bengals. He agreed to a four-year, $2,738,416 contract that included a $278,416 signing bonus with the Bengals, but wound up being among their roster cuts coming out of the preseason.

However, Houston waived him on Tuesday.

In 2020, Brown appeared in seven games for the Bengals and Texans and recorded three tackles and a sack.