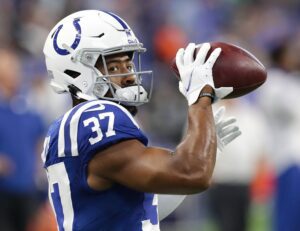 In 2021, Willis has appeared in seven games for the Colts and recorded 38 total tackles, 1.5 sacks, one fumble recovery, two interceptions and three pass deflections. Pro Football Focus has him rated as the No. 77 safety out of 86 qualifying players.