The Indianapolis Colts have designated rookie WR Michael Pittman to return from injured reserve on Wednesday. 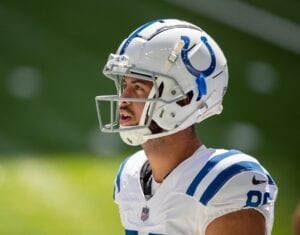 Pittman had compartment leg syndrome in his calf and underwent surgery, which led to him being placed on injured reserve a few weeks ago.