According to Jeremy Fowler, the Colts have placed the second-round tender on restricted free agent WR Zach Pascal. 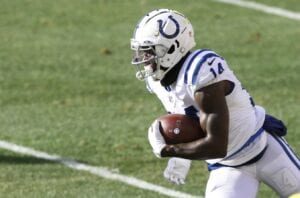 The tender will pay Pascal $3.384 million in 2021 and entitle Indianapolis to a second-round pick if another team were to sign him to an offer sheet.

Pascal, 26, wound up signing a three-year, $1.66 million contract with Washington as an undrafted free agent out of Old Dominion back in 2017. Washington cut him coming out of camp though.

The Titans signed Pascal to their practice squad and he returned to Tennessee on a futures contract for 2018. The Titans waived him in June and he was claimed by the Colts. He signed a one-year extension with Indianapolis in 2019.

In 2020, Pascal appeared in all 16 games for the Colts and caught 44 passes for 629 yards and five touchdowns.