According to Mike Chappell, the Colts placed TE Andrew Ogletree on the injured reserve on Thursday after suffering a torn ACL this week. 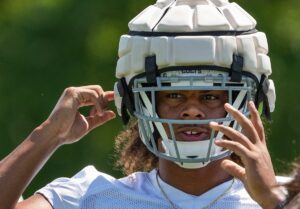 Ogletree was having an impressive camp and was in a position to carve out a role in the team’s offense.

During his college career at Youngstown State, Ogletree caught 91 passes for 1,147 yards receiving and 10 touchdowns over the course of five seasons and 44 games.