According to Tom Pelissero, Colts practice squad QB Brett Hundley took the majority of starter reps in practice on Wednesday. 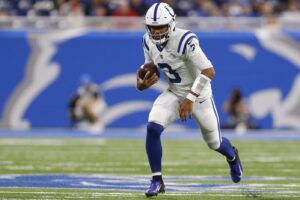 Pelissero says the Colts are preparing like both Hundley and QB Jacob Eason could play in Week 3 against the Titans as starting QB Carson Wentz recovers from sprains to both ankles.

While they like Eason’s potential after making him a fourth-round pick last year, Pelissero notes he’s thrown just five career passes, all last week, and Hundley has more experience and mobility.

Indianapolis has until Saturday to promote Hundley to the active roster. Pelissero adds the Colts could wait until Sunday to make a final decision on whether or not Wentz will play.

In his career, Hundley has appeared in 18 games, the last of which coming in 2019. He has a career 59.1 completion percentage with 1901 yards, nine touchdowns and 13 interceptions. 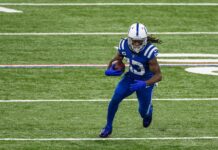 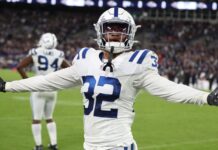