According to Howard Balzer, the Indianapolis Colts brought in three free agent centers for tryouts on Tuesday including Gino Gradkowski, Anthony Fabiano and C Patrick Lewis.

Of this group, the Colts signed Fabiano to their practice squad.

The Panthers placed Gradkowski on injured reserve back in September and later released him with an injury settlement.

In 2016, Gradkowski appeared in 10 games for the Panthers and is rated by Pro Football Focus as the No. 33 center out of 37 qualifying players.

Fabiano, 24, wound up signing a three-year, $1.62 million contract with the Ravens as an undrafted free agent out of Harvard back in May of last year. He was, unfortunately, cut loose during the final week of the preseason and later signed on to the Browns’ practice squad.

Cleveland promoted him to their active roster before later waiving him to free up a roster spot for Jonathan Cooper, who was claimed off of waivers. The Browns signed Fabiano to their practice squad soon after, but elected to cut him loose coming out of the preseason.

Fabiano later signed to the Redskins’ practice squad, but was cut loose in September. He signed on with the Patriots for Week 10 but was cut soon earlier this month.

The 49ers brought him in for a workout shortly after he was waived, but was not signed following the session. 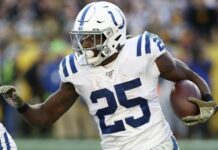 149,943FansLike
7,623FollowersFollow
227,982FollowersFollow
© NFLTradeRumors.co is an independent news source and has no affiliation with the National Football League (NFL), NFL.com, or any team(s).
wpDiscuz