The Indianapolis Colts hosted CB Ryan Smith for a workout, according to Aaron Wilson. 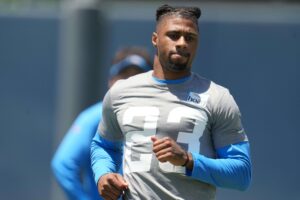 Tampa Bay re-signed Smith to a one-year, $1.75 million contract back in 2020 before joining the Chargers on a one-year deal the following season.

In 2021, Smith appeared in four games for the Chargers and recorded five tackles and no interceptions.