Ian Rapoport of NFL Media reports that the Commanders have claimed DT John Ridgeway off of waivers from the Cowboys on Monday. 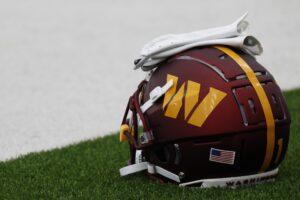 Ridgeway, 23, transferred to Arkansas after four years at Illinois State, where he was twice named to the all-conference team. The Cowboys used a fifth-round pick on him in the 2022 draft.

During his senior year in 2021, Ridgeway recorded 39 total tackles, four tackles for loss and two sacks.