According to Darren Wolfson, the Commanders and Cowboys have shown some interest in signing former Vikings LB Anthony Barr. 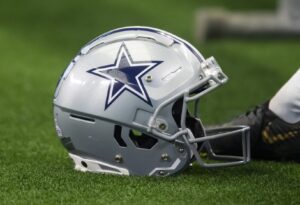 Wolfson says the Commanders “kicked the tires” on signing Barr but characterizes the interest from the Cowboys as more serious.

A signing is possible just before or during training camp, per Wolfson. He added knee issues for Barr are why he has yet to sign, although the veteran has no plans to retire and wants to continue playing.

Barr would probably be the third linebacker if healthy and more of a depth or role player if signed by either Washington or Dallas.

The Vikings elected to pick up his Barr’s fifth-year option, which paid him around $12.306 million for the 2018 season. He entered unrestricted free agency in 2019 and, after initially committing to the Jets, returned to the Vikings on a five-year, $67.5 million deal.

Barr agreed to a pay cut entering the 2021 season that guaranteed a chunk of his salary and made him an unrestricted free agent in 2022.