According to John Keim, the Commanders have designated OL Wes Schweitzer to return to practice from injured reserve following a concussion. 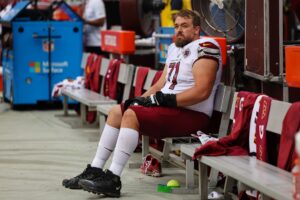 Schweitzer, 29, is a former sixth-round pick of the Falcons back in 2016. He played out the final year of his four-year, $2.47 million contract with Atlanta and was testing the open market as an unrestricted free agent for the first time in his NFL career.

He then signed with Washington for three years at $15 million back in 2020.

In 2022, Schweitzer has appeared in and started two games at right guard for the Commanders.