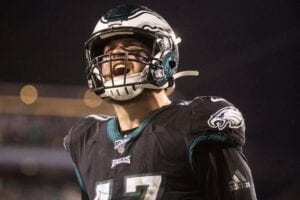 Gerry suffered an Achilles injury after seven games in 2020 and missed the rest of the season. The 49ers signed Gerry to a one-year contract reportedly worth $990,000 in March.

He was waived coming out of the preseason, however. He returned to the practice squad but was cut again in November.