The Dallas Cowboys have activated OL Cam Erving from injured reserve and placed LT Brandon Knight on the list, according to Michael Gehlken. 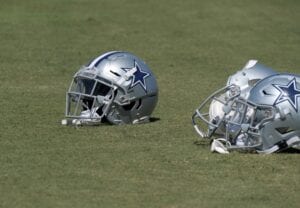 Erving is expected to draw the start for Dallas at left tackle in Week 7.

Kansas City elected to decline Erving’s fifth-year option. He was in the final year his four-year, $9.429 million rookie contract when he agreed to a two-year extension worth up to $15.7 million back in 2018.

The Chiefs declined his contract option this offseason and he later signed on with the Cowboys.

In 2020, Erving has appeared in one game for the Cowboys.