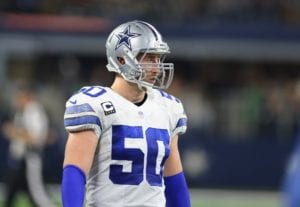 According to Gehlken, Cowboys CB Jourdan Lewis is among the other candidates who could open the season on injured reserve but return later on, as there are unlimited I.R. activations this year.

The Cowboys brought Lee back on a one-year, $4.5 million contract that included $2 million fully guaranteed this past March.

In 2019, Lee appeared in all 16 games for the Cowboys and recorded 86 tackles, one sack, an interception, and four passes defended.

190,839FansLike
7,623FollowersFollow
275,136FollowersFollow
© NFLTradeRumors.co is an independent news source and has no affiliation with the National Football League (NFL), NFL.com, or any team(s).
wpDiscuz
You are going to send email to
Move Comment