According to Jon Machota, the Cowboys are placing DE Bradlee Anae on the COVID-19 list. 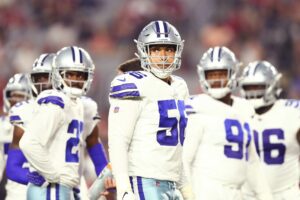 During his four-year career at Utah, Anae appeared in 47 games and recorded 135 tackles, 30 sacks, and six forced fumbles.