According to Todd Archer, the Cowboys have promoted S Steven Parker from the practice squad to the active roster. 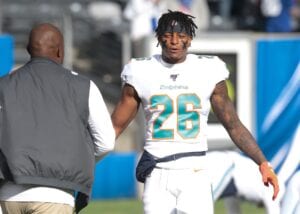 Parker will provide some additional depth for the team at safety.

Parker, 24, wound up going undrafted out of Oklahoma back in 2018. He later signed on with the Rams but was waived coming out of the preseason.

Parker spent his rookie year on the Rams’ practice squad and returned to Los Angeles on a futures contract last year. However, he was eventually waived and claimed by the Dolphins. Miami opted to waive Parker earlier this summer and after a brief stint with the Vikings, he landed on the Cowboys practice squad.

In 2019, Parker appeared in 14 games for the Dolphins and recorded 20 tackles, two interceptions and three passes defended.