According to Aaron Wilson, the Cowboys have signed DB Tyler Coyle to a futures deal. 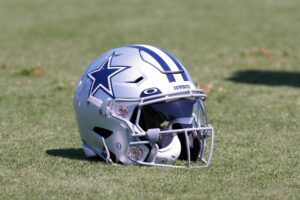 Coyle, 24, went undrafted out of Connecticut in 2021 before catching on with the Cowboys.

He has bounced on and off the Cowboys practice squad during the past two seasons.

In 2022, Coyle appeared in one game for the Cowboys and recorded six tackles.