According to Todd Archer, the Cowboys have agreed to a new contract with VP of player personnel Will McClay to keep him in Dallas. 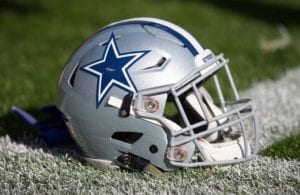 Ian Rapoport had mentioned this was something in the works in order to ensure McClay remained in Dallas after receiving a lot of interest for some of the GM vacancies around the league.

The Cowboys have amassed a lot of talent in recent years and McClay has received a lot of credit for that after assuming a larger role in Dallas’ front office.

McClay, 55, was a longtime coach in the Arena Football League from 1993 to 2008 before joining the Cowboys as their pro scouting coordinator in 2009. He moved up the ranks and was promoted to VP of player personnel in 2018.