The Miami Dolphins announced Saturday that they’ve officially reduced their active roster down to the 53-man limit. 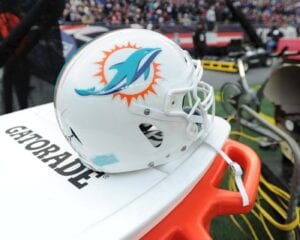 Here’s the list of roster cuts for the Dolphins:

Bryant, 26, wound up signing a three-year, $1.62 million contract with the Seahawks as an undrafted free agent out of Florida Atlantic back in 2016. However, he was later among Seattle’s final roster cuts coming out of the preseason.

From there, Bryant had a brief stint with the Jets before eventually signing on to the Browns’ practice squad. Cleveland re-signed him to a futures contract this past January, but ultimately waived him shortly after the draft.

The Dolphins signed Bryant to a contract last month.

In 2019, Bryant appeared in four games for the Browns and recorded three tackles and no sacks.

Why the f did they cut shaq for ? He was worth keeping out of that list

190,693FansLike
7,623FollowersFollow
275,136FollowersFollow
© NFLTradeRumors.co is an independent news source and has no affiliation with the National Football League (NFL), NFL.com, or any team(s).
wpDiscuz
You are going to send email to
Move Comment