The Miami Dolphins announced Tuesday that they’ve signed LB Vince Biegel to their practice squad and released LB Shaquem Griffin from the unit. 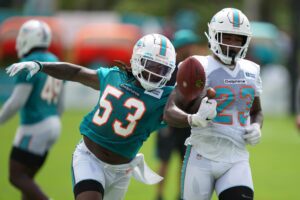 Miami waived him coming out of the preseason before re-signing him to their practice squad.