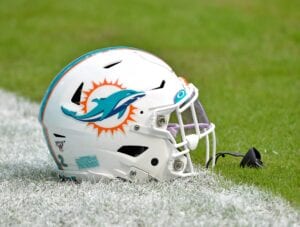 Core, 27, was drafted by the Bengals in the sixth round of the 2016 draft out of Ole Miss. He signed a four-year $2.46 million contract that included a $127,932 signing bonus, but wound up being waived coming out of the preseason last year.

The Giants later claimed Core off of waivers and brought him back on a new contract for the 2020 season. New York released him last year and he eventually signed on to the Dolphins’ practice squad.

In 2019, Core appeared in all 16 games for the Giants and recorded three receptions for 28 yards receiving (9.3 YPC) and no touchdowns, to go along with eight total tackles on special teams.