The Miami Dolphins announced Wednesday that they’ve signed OL Cameron Tom to a futures contract for the 2021 season. 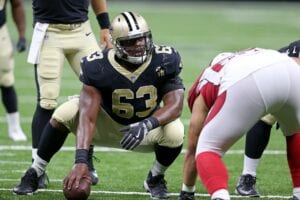 Here’s the updated list of futures signings for the Dolphins:

Tom, 25, wound up signing a three-year, $1.66 million contract with the Saints as an undrafted free agent out of Southern Miss back in 2017. He was cut loose coming out of the preseason and later re-signed to the Saints’ practice squad.

Tom returned to New Orleans in 2019 on a one-year contract, but the Saints declined to tender him an exclusive rights offer last offseason. He eventually re-signed with the Saints and was on and off of their practice squad.

For his career, Tom appeared in 12 games for the Saints, making one start.