Per his agent, the Miami Dolphins are signing WR Devonte Dedmon to a reserve/futures contract. 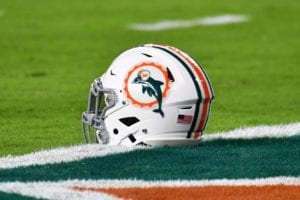 Dedmon, 26, went undrafted out of William and Mary back in 2019 before joining the Ottawa Redblacks of the CFL and was eventually named the league’s most outstanding player on special teams. The team opted to release him earlier this week so he could pursue NFL opportunities.