The Miami Dolphins brought in eight free agents for workouts on Friday, according to Aaron Wilson. 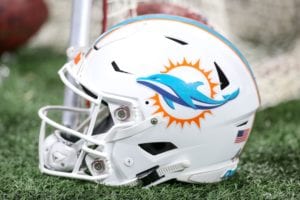 The Browns waived Callaway during the season and he had a brief stint with the Tampa Bay Vipers in the XFL.

Collins, 26, is a former fifth-round pick of the Seahawks back in 2016. He was entering the second year of his four-year, $2.566 million contract when he was cut loose by the Seahawks at the start of the 2017 season.

Collins signed on to the Ravens’ practice squad a few days later and was eventually promoted to their active roster. The Ravens brought him back on an exclusive rights contract for the 2018 season but he was released last year following an arrest and a three-game suspension by the NFL.