According to Jeff McLane, the Eagles are activating LG Landon Dickerson from their COVID-19 list ahead of Week 16. 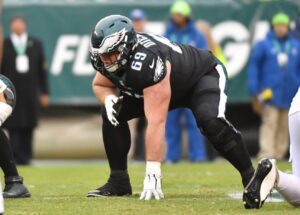 Dickerson, 23, was the Eagles’ second-round pick after being a four-year starter at Alabama. He was a unanimous All-American and first-team All ACC in 2020. He also won the Rimington Trophy and the Jacobs Blocking Trophy.